For more than 40 years, Community Music Center of Houston preserves black music traditions especially those to which the community is seldom exposed and are being lost. 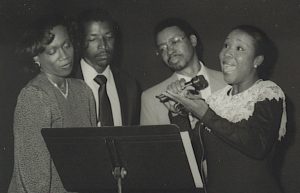 In 1979, Patricia Johnson and Ron Scales, out of the black church, created the “Society for the Preservation of Spirituals.” Patricia and Ron saw that the vital legacy of “American Negro Slave Music” was being lost and even confused with Gospel music. It was rarely performed in its original acapella tradition.

Soon Ron and Patricia discovered that other black music traditions were seldom being performed and vanishing.

In 1981, Patricia and Ron changed the organization’s name to the Community Music Center of Houston (CMCH) and the mission to address these concerns. CMCH began its first programming of music instruction for children at the historic Blue Triangle YWCA in Houston’s Third Ward neighborhood. Charles Russ, an HISD music teacher, volunteered to teach the first classes.

In 1983, Anne Lundy became executive director. She brought with her the William Grant Still String Quartet, which she had formed in 1981. In 1982, called together for 25 black string players for a concert at Houston’s Good Hope Baptist Church. This inspired the formation of the Scott Joplin Chamber Orchestra, which premiered in 1983 with a performance of Handel’s Messiah at Wheeler Avenue Baptist Church.

The Music Center’s fledgling orchestra was kept afloat in the early years primarily by the strong support of black churches. In 1983, after accepting the position of Music director for the Community Music Center of Houston (CMCH) and because of the success of her first concert, Ms. Lundy formalized the orchestra under the name of the Scott Joplin Chamber Orchestra. Other black churches began to call such as Antioch Baptist, Wheeler Ave. Baptist, and Trinity East Methodist among numerous others. This support helped to maintain and sustain the orchestra.

In 1984, CMCH moved into its first offices on Almeda St, Houston, TX. Also, in 1984, the Intermezzo Singers was formed, an eight-piece vocal ensemble that specialized in acapella singing, performing a range of works, from art songs to swing. Later, James Williams and Sam Jackson added a five-piece brass group named Ebony Brass. CMCH introduced its Artist in Concert Series that year. The first artist to appear was a talented actor, Wayne DeHart, who performed a one-man blues monologue.

Over the years, many other notable artists and groups have performed in the series: Bubba Thomas, Thomas Meloncon, Conrad Johnson, Carmen Balthrop, The Fifth Ward Express, Sea Breeze, and Kim Wade and Company, to name a few.
In 1986, the CMCH Martin Luther King Jr. Birthday Celebration orchestral performance of Free At Last seized public attention. It served as the theme of Dan Rather’s CBS Newscast that day.

In 1991, CMCH presented the first major Juneteenth concert to be held indoors at Houston’s Wortham Theater.

From 1996 to 2009, Gary Wilkins served as executive director of the Community Music Center of Houston. Gary brought a focus on Jazz performance with the former annual Jazz at the Crossroads series.

From the 1990s to the present, CMCH continues to produce shows at churches large and small, colleges and universities, senior citizens and nursing homes, neighborhood and city-wide community centers, Houston’s Miller Theater and Wortham Center, and many other venues throughout Houston.

The Scott Joplin Chamber Orchestra (SJCO) is a community orchestra composed principally of African-American orchestra members. It was formed in 1983 under the umbrella of the Community Music Center of Houston, a 501(c)(3) non-profit organization, by its Music Director Dr. Anne Lundy for three purposes:

Since its inception, SCJO has performed mainstream works such as Handel’s Messiah and beautiful little-known music by black composers. These pieces have included African-Americans and African-French, African-English, and African-born composers, some of them world premiered by SCJO. However, most performances have taken place in black churches. SCJO has also performed in renowned venues to some of the biggest audiences. Exceptional performance experiences include the joint concerts with the Houston Symphony Orchestra and the Links National Conference. But chief among these special performances was accompanying pop superstar Beyoncé at Super Bowl XXXIII. 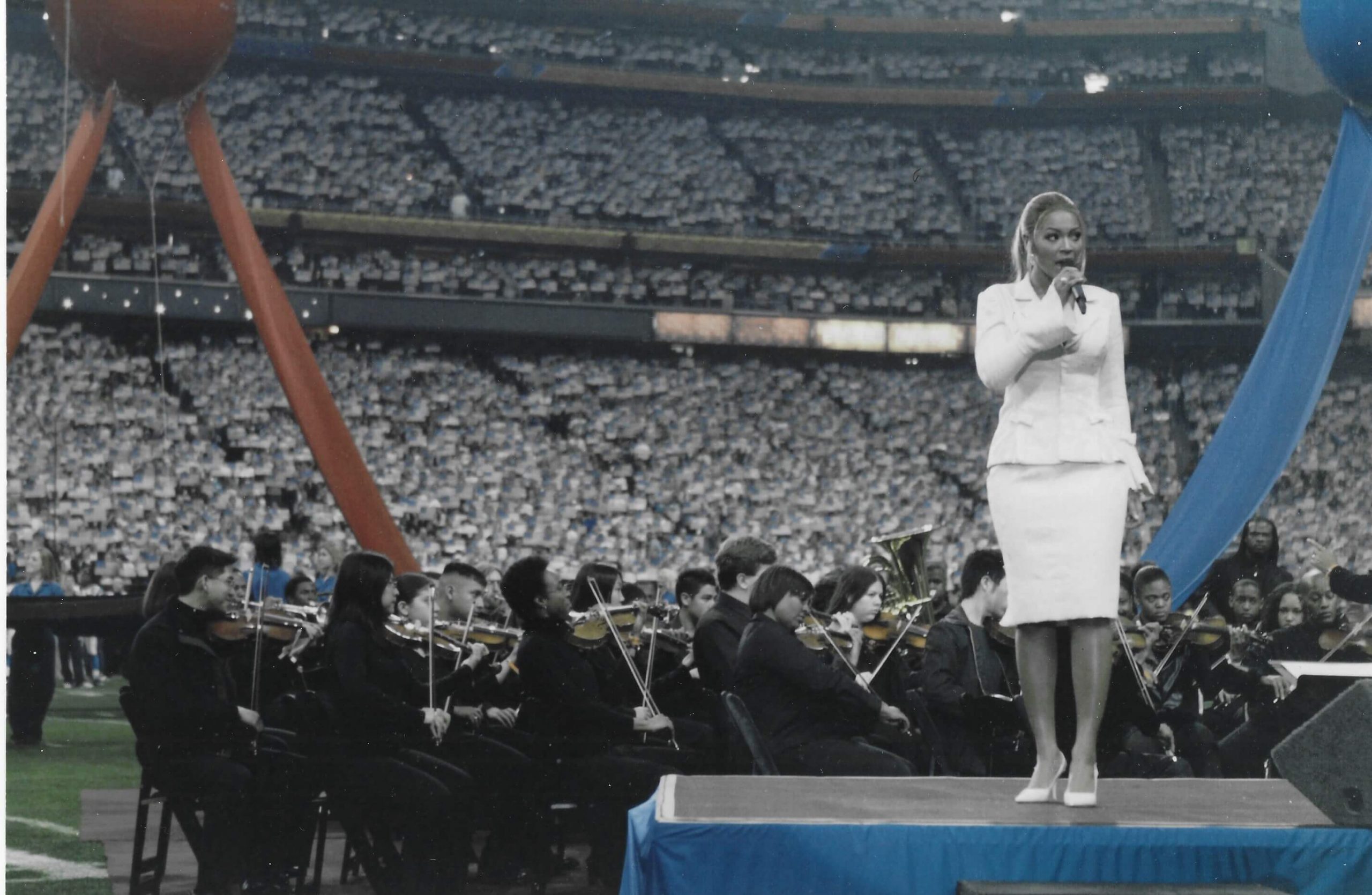 The issue of including black instrumentalists in the world of symphony orchestras remains the focus of the SCJO. The Scott Joplin Chamber Orchestra evolved from Anne Lundy’s understanding that African-American musicians rarely get the opportunity to play in string orchestras. She discovered that black composers wrote many pieces for orchestras, and orchestras seldom played these pieces.

In 2013, CMCH and Dr. Anne Lundy launched a youth version of the SJCO.
In 2018, we produced the Acres Homes Music Festival in partnership with the Harris County and City of Houston “Visit My Neighborhood” initiative. A city initiative created by Mayor Turner’s Complete Community Program.

In 2019, we made our return to Miller Outdoor Theater with the first annual Family Funk Fest. CMCH also established the Youth Vocal Program, a vocal development program designed to train youth to sing in ensembles such as Destiny’s Child, Boyz II Men, En Vogue, H-Town. SWV (Sisters with Voices) Troop, etc., in partnership with the Emancipation Park Conservancy.

Stay in the know on what’s happening at CMCH.
We promise not to spam you.

You have Successfully Subscribed!

Or call to schedule an appointment 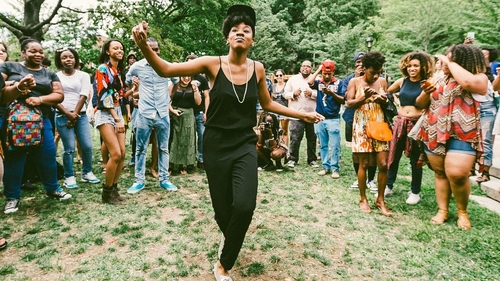